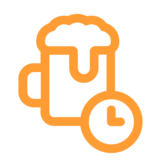 Issue 2! Wild week on the Apple front. Both some major policy changes through press release and some